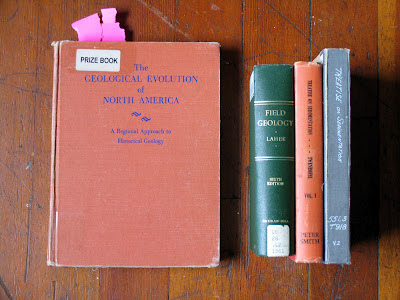 Four new acquisitions add to the Robert Smithson Personal Library, all with a focus on Geology:

From the aforementioned tome by Clark & Stearn: a look into 20th century ideas of dinosaurs.  A bit of marginalia lets us know that dinosaur means "terrible lizard." 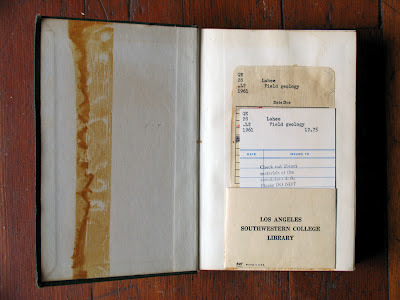 The Los Angeles Southwestern College Library deaccessioned this gem, and it eventually found its way to the Personal Libraries Library.  It will not be deaccessioned again.

Posted by Personal Libraries Library at 3:11 PM No comments: