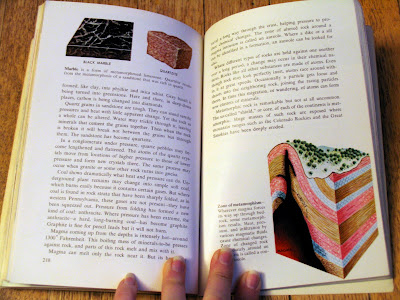 The Personal Libraries Library has recently acquired many books from the Robert Smithson Personal Library that are focused on science. One line of inquiry in Smithson's artwork was the transformation, entropy and detritus of geological elements. The images above and below are from Geology: Our Changing Earth through the Ages by Jerome Wyckoff. 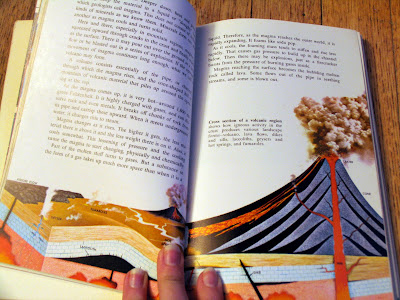 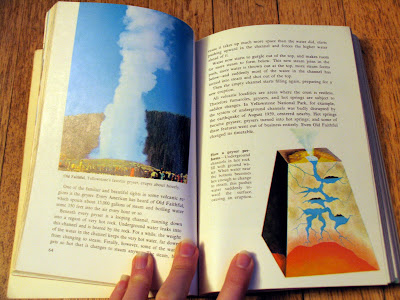 The Library now has a set of books on rocks, minerals and crystals. They include: Crystals and Crystal Growing by Alan Holden & Phylis Singer, Field Book of Common Rocks and Minerals by Frederic Brewster Loomis, and Crystals, Diamonds, and Transistors by L.W. Marrison. 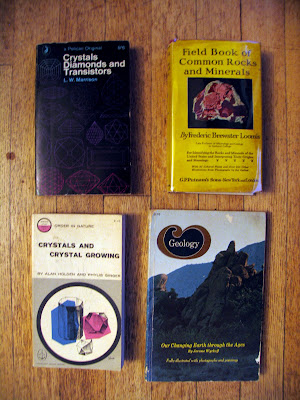 Two additional new books are Harry Asher's Experiments in Seeing and Flaubert's Bibliomania, a short tale about a man obsessed with books:

He saved all his money, all his goods, all his emotions for books. He had been a monk and for books he had abandoned God. Later he sacrificed for them that which men hold dearest after their God: money. Then he gave to books that which people treasure next to money: his soul. (The Rodale Press, 1954: 15)
Posted by Personal Libraries Library at 5:53 PM