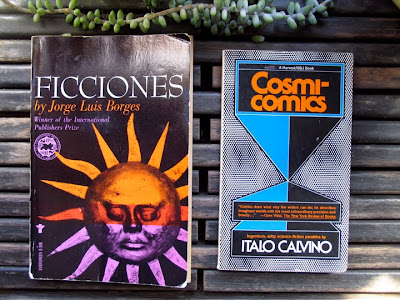 The PLL is happy to announce two new collections: Italo Calvino and Jorge Luis Borges! The first book of both libraries is Gustave Flaubert's Bouvard and Pecuchet (also found in the Robert Smithson Personal Library.) Both Calvino and Borges wrote about the novel about two scriveners searching for universal knowledge; an unattainable quest. Below are two pages from the novel and are part of the PLL First Book Postcard Series. 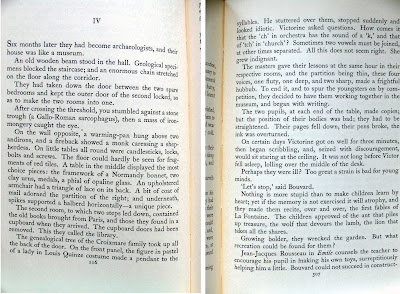 There are already overlapping books in Italo Calvino's and Robert Smithson's Personal Libraries, including Musil's The Man Without Qualities, James Joyce's Finnegan's Wake & Gulliver's Travels by Jonathan Swift. And, of course, the tangled knot continues with Jorge Luis Borges' Ficciones. 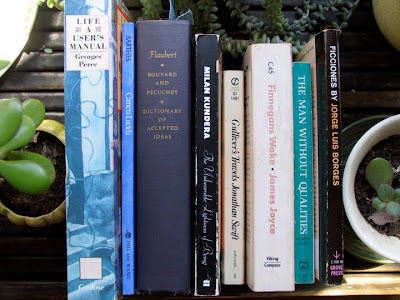 Also newly accessioned to the Calvino library is Life, A User's Manual by Georges Perec (a close friend of Calvino's), Roland Barthes' Camera Lucida and The Unbearable Lightness of Being by Milan Kundera.